I love Scotland. I know it, you know it and by now I guess mostly everybody that’s ever read this blog knows it… But I’m not alone. My dear friend Shoshana Mitchell is as in love as I am.

Born and raised in the USA, she’s been in Scotland since 2007 (although I met her during my Erasmus days at Stirling University in 2005). She lives in Dundee, she’s one of my best friends and someone I have a great deal of fun with when we travel together. Loves hillwalking, reading, camping and everything about the best country in the world (you know which one I mean).

Guided by her, I’ll take you on a very especial tour to discover one of the many hidden gems that Scotland has. And, since this year is the year of Natural Scotland, I though it would be quite a good idea introducing you to the gorgeous island of Handa.

Shoshana fell for this tiny island whose name means “Island at the sandy river” in August 2012, after spending a week there as a volunteer for the Scottish Wildlife Trust. And this year she’s going back earlier in the season.

Handa is a tiny island off the west coast of Sutherland, on the West Highlands. It is well know for being a SWT nature reserve and is surrounded by cliffs covered with birds. Although it was inhabited for centuries and it was used as a burial place in Ancient times, people no longer live there (except for a few volunteers every year during the summer season). It’s a wonderful place and a few thousand visitors go to Handa every year to see some of its amazing birdlife, which includes puffins, razorbills, guillemots and the “famous” Bonxies. Oh, and seals show up there from time to time 😉

Prepare yourselves for a trip through one of the best kept secrets of Scotland: tropical beaches with freezing cold waters, seals and ruined crofts…

The duties of the weekly volunteers revolve around the visitors to the island. My duties are to greet them when they arrive, take them to the wee visitor shelter where there are some photos, posters, found objects, tell them a wee bit about the island and what animals they can expect to see (or not see, depending on the season), answer any questions and then let them enjoy the island. In the evenings, and on the Sunday (no visitors on Sundays), the SWT volunteers hang out, often cook a shared meal, sometimes play games or split up individually to go for walks, read, just whatever. When I was there last year, one night we all went down to the beach and built a fire, and had a few sing-alongs as I and another guy had guitars with us.

What’s the best about volunteering for the SWT?

The main thing I get out of volunteering is a week away in a gorgeous, remote part of the world.  It’s a bit like a working Holiday. I mean, I have duties but being on an island where I can breathe, and observe, and learn and sit on some of the nicest beaches ever (even if they’re way too cold) is just the perfect reward. It’s also nice meeting the other volunteers as well as the people who come to the island. I find it reassuring to know there are still people who will go out of their way to appreciate the natural world, and to introduce their children to it.

How did you fall in love with the place?

When I was there last August. The place is wonderful: I loved sitting on the Beach, working with the people, enjoying the gorgeous scenery and the ocasional visits from seals and so forth… There are also the ruins of a tiny community on the island from when it was inhabited. When I would go on walks by myself it was very peaceful to sit amongst the ruins and think about what it would’ve been like to live there, way back then.

What to visit there?

The main draw of Handa are the seabirds that use it as a nesting colony. Puffins are probably the most popular. There are otters, although they are rare to spot. In the waters there are often seals, fairly often dolphins, and sometimes various species of whale, too. So the wildlife is the main thing; but it is also so remote and removed, that itself is quite a lovely thing to experience for a while.

Is it as off-the beaten track as it sounds?

I don’t think many people have heard of it; in fact, it isn’t highly advertised at all, mostly for the protection of the wildlife! To me the best thing is the quiet, the remoteness, the fresh air… It’s a bit like going back in time. In any case, I certainly felt like the island itself welcomed me, I never thought I could feel so at home so quickly in a new place; although I was lucky that the volunteers I met there last year were great folks and we all got on really well.

Would you recommend Handa to Spanish travelers?

I would recommend Handa to any visitors, particularly if they are interested in sea-life/-birds, though that isn’t necessary. In fact, my time on Handa inspired me to be much more interested in bird-watching than I’d ever been. I think it’s also good for travellers because it would give them a reason to go out into remote, northern Scotland, and I know most tourists to Scotland never do that.

What’s your favourite part of Scotland?

Scotland overall is such a GORGEOUS place, and I’ve travelled around a lot and seen most of it. That said, a few places stand out as extra-special to me. Probably my favourite place on earth is Glen Etive, which is next to Glen Coe. That entire area is stunning and very powerful. I’m also very partial to the Dunkeld area in Perthshire; “big tree” country, and I am a big tree-hugger!

HOW TO GET TO HANDA

All the pictures (except the first one) are Shoshana’s… so if you feel like using any of them, let her know 😉 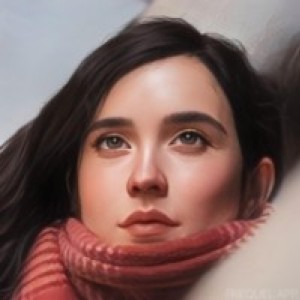 ✍️ Journalist and travel writer.
💚 Living and loving #Scotland since 2005.
🌍 Exploring the world